Skip to content
Previous Next
Is Risk Communication Risking Your Business?

Is risk communication risking your business?

Strategic communication is your business message communicated with consistency to key stakeholders, target audiences and the image portrayed to the general public.  When focusing on risk communication, potential risks should be identified, how your stakeholders will perceive the risk in the event of a crisis. Communication strategies should be created to manage the perception of risk to enact prior, during and post-crisis. 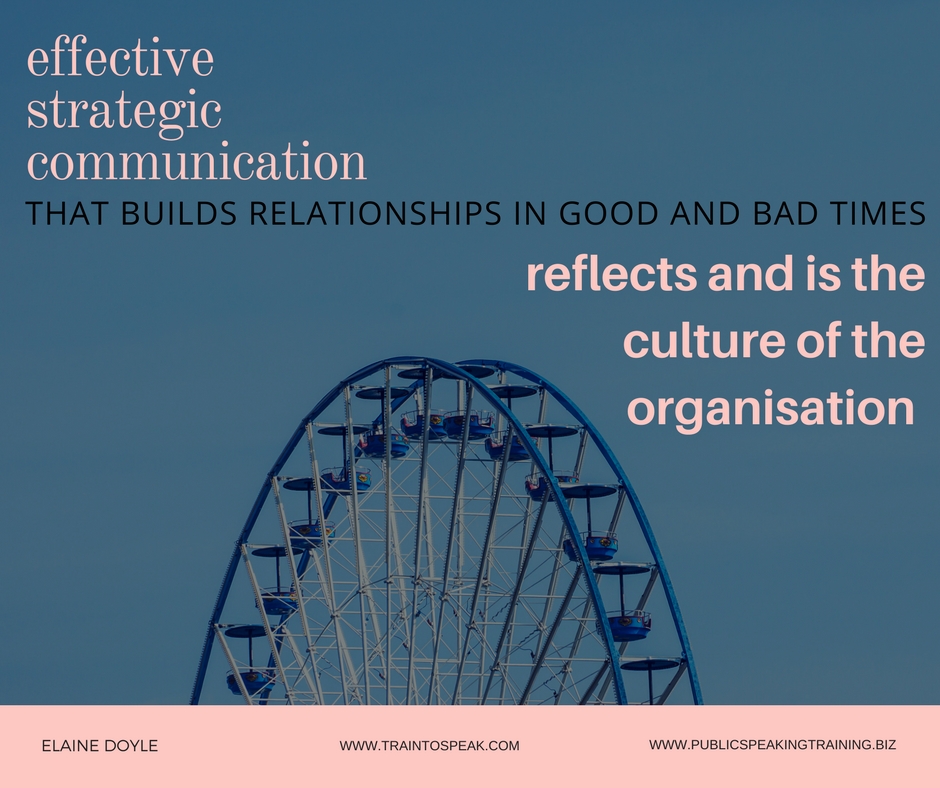 Every organisation experiences risk that can lead to crisis. Remembering back to April 11, 2017, when Dr Dao attempted to board a United Airline flight in Chicago. Dr Dao was randomly subjected to an imposed overbooking policy where passengers must involuntarily miss out on boarding the plane due to the airline’s overbooking policy.  If a volunteer passenger was not offered, United randomly drew a name out.  Dr Dao’s name was selected, but instead, he entered the plane and took his seat.  He bought the ticket, showed up on time, why should he miss out? He was dragged from the plane by security police, sustaining head injuries and humiliated. A PR disaster for United Airlines when the incident filmed by passengers went viral on social media.

Despite attempts to rectify the situation with a prompt apology on the day and further apology statement in subsequent days from the United Arline CEO; efforts were overshadowed in the media by the incredibly harsh treatment of Dr Dao. Public sentiment was sympathetic toward Dr Dao and disgusted in United Airlines. Later in the month, an undisclosed compensation payout was awarded to Dr Dao and changes made in the overbooking policy.

So how did get to this point?

This truly was an avoidable crisis that resulted in damage to the relationships and brand of United Airlines.  This could have been avoided by a thorough well designed and executed risk communication strategy.

The following are four considerations for successful risk communication.

Society has never been so safe yet perceptions of risk are higher than ever (Slovic 1987).  Perceived risk,  litigation and fear of being sued is high. Regulations are making business prohibitive and insurances exorbitant.  The perception of a risk is the reality. Risk communication should focus on managing the risk perception (Slovic 1987).  If we take the United Airline example the risk of missing the flight for the passengers is extremely high, the fear of being the one randomly picked to miss the flight is unacceptable.

2. Facts mean nothing to someone who is outraged

A communication regarding risk or crisis that contains facts, figures and statistics is destined to be ineffective and discounted by the public.  The perception of risk (unless the person is expertly trained in the field) is typically driven by intuitive risk judgement (Slovic 1987). This judgement is deep seeded and very hard to change. Facts can be disregarded in favour of less rational emotive, familiar and personal benefits of the individual.  Stakeholders intuitive perception of risk must be considered and messages crafted that address peripheral factors that contribute to their intuitive judgement. In the United Airline example, no one cared what the rules were, they just wanted to get to where they were going, that’s what was important.

The communicator must be trusted, believable, credible, understand the situation and context to the stakeholders involved.  If an organisation does not have the answers to tell the public, never say don’t worry this is a red flag.  Transparency is far more credible.  Be honest with up to date information and brief the public when more information is available.  The theatre of how the crisis is managed in public is a powerful demonstration of the ethics and community citizenship of the organization.  In the United Airline example, the CEO did issue prompt media statements, but the question still stands, if United were so apologetic and cared for their customers, why have that policy? Actions and policy need to match words.

4. Invite your customers to join the conversation.

Effective risk and crisis management are two-way.  Digital and social media provides the affordance to include stakeholders in the conversation, to let them have their say. The ability to participate in a dialogue on the issue provides a level of control for the consumer and can maintain the relationship with the organisation. If you are lied to and not listened to, you most likely will not return and you will tell all your friends about the awful experience, no organisation wants that. In the United Airlines example, open dialogue on the policy could have been enacted.  This potentially could have flagged an early warning for the airline avoiding the crisis.

Risk is inherent in every business or organisation and can lead to expected or unexpected crisis.  How organisations manage the communication of risk and crisis is essential to maintain reputation and relationships.

About the Author: Elaine Doyle